Reflections from Fellows in the Field 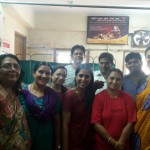 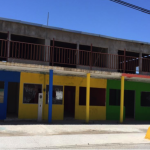 My name is Laura Vargas and I am a Doctoral Student in Social Policy and Policy Analysis at the Columbia School of Social Work. Over the course of almost nine weeks I traveled more than 5,500 miles to conduct qualitative interviews with dozens of medical professionals. I travelled to sixteen different municipalities located in five… read more

Working in a conflict-affected context is never easy. In a country like Pakistan, security threats are constant. When I lived in Islamabad, Pakistan’s capital city for most of 2013, I was regularly on “lock-down”. Forced to work from home, I was not allowed to leave my apartment until the situation was deemed safe. During elections… read more 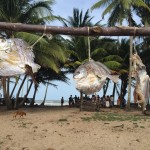 Two days into my stay on the Afro-indigenous Miskitu Coast of Nicaragua, a shootout between mestizo settlers and local indigenous residents in a small Miskitu village shocked the region and brought sustained national media attention to the coast for the first time in years. Tensions between non-indigenous settlers and Miskitu residents are a longstanding issue… read more

I spent the past three months with UNICEF in Amman, Jordan, conducting research on the hopes and aspirations of young people. This included trying to understand what drives young people towards positive forms of participation such as civic engagement instead of resorting to destructive methods of participation. The focus of the research was Jordan, Syria… read more 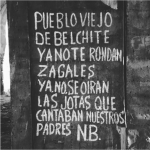 “The Old Town of Belchite— children no longer run around, you can no longer hear the songs our parents used to sing.” The above image is from the door of a large ruined church in the old town of Belchite, in Aragon, Spain. Belchite was destroyed during the Spanish Civil War, with the town changing… read more 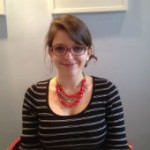 With the generous support of the Consortium on Cooperation, Conflict and Complexity (AC4), I was able to return to Timor-Leste this summer to conduct a second round of interviews for my dissertation on innovation trajectories in rebel organizations. In my work, I explore why some armed resistance groups actively use nonviolent action as a strategy,… read more 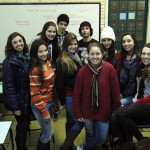 Hi, all! My experience this summer is one that I will definitely never forget and I am so thankful for having AC4 as one my supporters. After about a year and a half of maturation of my ideas and a lifetime desire to work in the improvement of civic engagement in Brazil, I finally started… read more 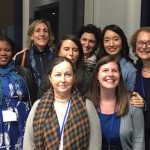 Interview from the 2015 CMM Learning Exchange

The 2015 Coordinated Management of Meaning (CMM) Learning Exchange, also known as the FUGIC Forum, took place in Munich, Germany, from September 17-20. Hosts of the Learning Exchange were the CMM Institute and the Institute for Global Integral Competence. This interview was conducted by AC4’s Meredith Smith and Venera Kusari. What motivated you to choose… read more 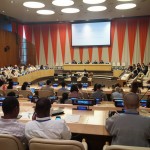 I am so eternally grateful to the AC4 Fellowship for giving me the opportunity to explore my interests in such a fascinating and exciting environment as the International Center for Transitional Justice (ICTJ). The ICTJ is the leading organization in the field of transitional justice, which occurs when a society is transitioning from conflict to… read more