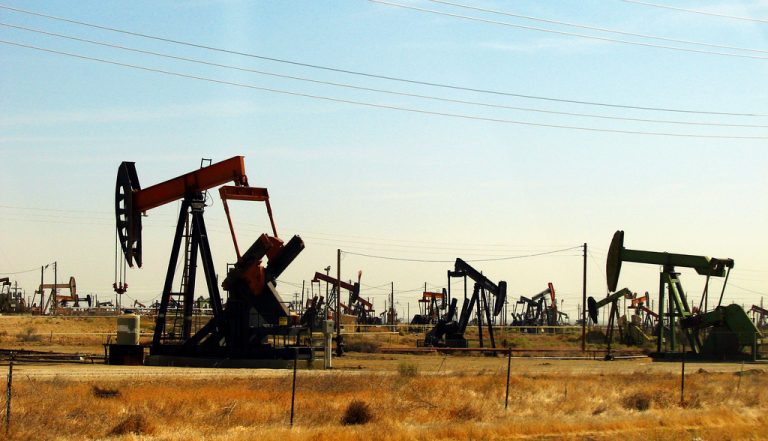 The Sabin Center conducts research and convenes events to address the consequences of continuing to rely on fossil fuels as a primary energy source. Its research also examines law and policy related to carbon capture, sequestration, and utilization technologies.

The Obama administration enacted a variety of regulations aimed at reducing greenhouse gas emissions from fossil fuel production and use. These regulations are now under attack, in part due to perception that they will impose excessive costs on regulated industries and society as a whole. But according to federal projections, the benefits of these regulations would significantly outweigh the costs. We added up the projected economic impacts of major federal rules aimed at reducing greenhouse gas emissions and found that the net benefits could reach nearly $300 billion per year by 2030. The rules will also generate a variety of non-monetized benefits, such as improved public health outcomes and the creation of jobs, as well as climate mitigation benefits that will extend well beyond 2030.

In March 2016, the Department of Interior (DOI) issued a Notice of Intent to conduct a programmatic environmental review of the federal coal leasing program. DOI intends to use the review as a platform for modernizing the program in a manner that will address environmental concerns and also ensure that American taxpayers are receiving a fair return from the development of these publicly owned resources. The Sabin Center has been actively involved in the review process. Key inputs have included:

Engagement With Other Agencies on Fossil Fuel Development

The Sabin Center has also submitted numerous letters to other agencies encouraging them to conduct a more comprehensive review of life cycle greenhouse gas emissions and climate change impacts when considering whether and how to proceed with proposals that involve the development of fossil fuel resources or infrastructure. These letters are available on our comments and briefs page.

The Sabin Center undertakes research on legal issues relating to the storage of carbon dioxide from fossil fuel power plants and other sources in underground geologic formations. The Center is involved in an interdisciplinary research project, funded by the U.S. Department of Energy, to assess the feasibility of storing 50 million metric tons of carbon dioxide in the sub-seabed off the coast of Washington State and British Columbia (Canada).

The Sabin Center also recently partnered with scientists at Columbia Universities Lamont-Doherty Earth Observatory to assess the feasibility of carbon dioxide storage off the northeast U.S. coast. The study assessed the legal and regulatory framework for offshore storage at the federal level and in the states of Connecticut, Maine, Massachusetts, New Hampshire, New Jersey, New York, and Rhode Island. A report, documenting the findings of the study, is available here.

Legal and Policy Framework for Regulation of Associated Petroleum Gas

The Sabin Center partnered with the Columbia Center for Sustainable Investment to develop information and insights for a legal and policy framework to reduce flaring from oil extraction activities and to promote environmentally sound, economically beneficial uses of Associated Petroleum Gas (APG). APG, a byproduct of oil extraction, is often flared or vented for regulatory, economic or technical reasons. This flaring has major climate, environmental and public health consequences, and is inefficient from an economic perspective. APG could instead be used to improve energy efficiency, expand access to energy, and contribute to climate change mitigation. More information >>

Holding Fossil Fuel Companies Accountable for their Contribution to Climate Change: Where Does the Law Stand? Michael Burger and Jessica Wentz (November 2018)

In 2017 and 2018, state and local governments across the United States launched a wave of litigation seeking to hold fossil fuel companies liable for damages caused by climate change. The basic argument underpinning these suits is that these companies knowingly contributed to climate change by extracting and selling fossil fuels, obscuring the science of climate change, and fighting policies aimed at mitigating climate change – and consequently they should therefore be held accountable for some of the adaptation costs incurred by governments. The plaintiffs are pursuing multiple state law legal theories: public nuisance, private nuisance, negligence, trespass, failure to warn, and design defect, among others.

Thus far, several cases have been removed to federal courts and two federal judges have held that the cases could not proceed because judicial resolution of the claims would violate separate of powers principles. In this paper, we discuss the prospects for the remaining cases, and in particular, whether other judges might also conclude that the courts are not the appropriate forums for addressing these issues.

Reducing the amount of carbon dioxide in the atmosphere is vital to mitigate climate change. To date reduction efforts have primarily focused on minimizing the production of carbon dioxide during electricity generation, transport, and other activities. Going forward, to the extent that carbon dioxide continues to be produced, it will need to be captured before release. The captured carbon dioxide can then be utilized in some fashion, or it can be injected into underground geological formations – e.g., depleted oil and gas reserves, deep saline aquifers, or basalt rock reservoirs – where, it is hoped, it will remain permanently sequestered (“carbon capture and storage” or “CCS”).

Research is currently being undertaken into the possibility of injecting carbon dioxide into the seabed. One study, involving researchers from Columbia’s Lamont-Doherty Earth Observatory, aims to identify possible injection sites in the seabed along the northeast coast of the U.S. It is anticipated that, following identification of suitable sites, a demonstration project will be undertaken to assess the feasibility of offshore CCS. This paper outlines key regulatory requirements for the demonstration project and any subsequent commercial operations.

This paper describes the legal and policy rationale for imposing a fee on federal coal that reflects the costs of the climate change impacts generated by that coal. It notes that the federal government has a duty to mitigate climate impacts from the federal coal leasing program, and that the Department of Interior (“Interior”) and the Bureau of Land Management (“BLM”) have ample authority to impose a climate change impacts fee on coal leases as a form of compensatory mitigation for those coal leases. The paper also discusses technical issues that should be considered when assessing the effectiveness of this mitigation option, such as what metrics should be used to establish an appropriate fee and how a fee might work with carbon sequestration efforts and other emissions offsets.

On September 21, 2013, the EPA issued a revised proposed rule that would limit carbon dioxide (CO2) emissions from new fossil fuel-fired power plants.  The re-proposal was intended to address concerns about the first proposal from last year, which was widely viewed as prohibiting in practice any new coal power plants from being built in the United States.  However, the re-proposal, like the first proposal, is receiving significant criticism by industry and elected officials in states that depend on coal, because new coal plants will not be able to meet the proposed limits unless they install costly and commercially untested carbon capture and storage technology.

Given China’s projected growth and its likely continued reliance on coal for the foreseeable future, CCUS may prove a critical strategy for controlling China’s carbon emissions. This paper first collects government policies that impact or support CCUS technology research and project deployment. The paper also summarizes several existing laws that may prove relevant for the regulation of CCUS, in an effort to understand their potential applicability in regulating future CCUS activities. Finally, the paper examines several of the most prominent international collaborative efforts underway in China.

As U.S. coal exports increase and new infrastructure is proposed to improve access to markets in Asia, controversy has arisen regarding the scope of environmental review that should be carried out by government.  In particular, there is significant disagreement as to whether the end-use of exported coal and the emissions generated by its combustion fall within the scope of environmental review under the National Environmental Policy Act of 1969 (NEPA).  This paper considers this issue, examining the requirements of NEPA and its implementing regulations, as well as current practice by Federal agencies.

As U.S. coal exports increase and new infrastructure is proposed to improve access to markets in Asia, controversy has arisen regarding the scope of environmental review that should be carried out by government.  In particular, there is significant disagreement as to whether the end-use of exported coal and the emissions generated by its combustion fall within the scope of environmental review under the National Environmental Policy Act of 1969 (NEPA).  This paper considers this issue, examining the requirements of NEPA and its implementing regulations, as well as current practice by Federal agencies.