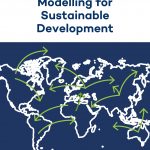 Modelling for Sustainable Development: New Decisions for a New Age

(International Institute for Sustainable Development , June 2019). This book outlines how next-generation models need to integrate social and environmental components in government and corporate decision-making. Traditionally, these models have focused on profits and taxes, but to achieve the UN’s Sustainable Development Goals, they need to take a more holistic view. The book builds on… read more 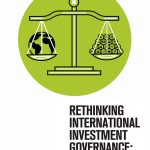 August 2018. Rethinking International Investment Governance: Principles for the 21st Century — written over the course of a week by a distinguished group of experts in international economic governance using the Booksprint process  — aims to serve as a practical resource for those interested in the elements of an international investment system that promotes sustainable development and achieves legitimacy by providing… read more 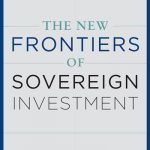 The New Frontiers of Sovereign Investment

Edited by Malan Rietveld and Perrine Toledano (Columbia University Press, May 2017). Sovereign wealth funds (SWFs) can be effective tools for national resources revenue management. These state-owned investments, funded by commodity exports, foreign exchange reserves, or other national assets, are adaptable to the challenges posed by financial shocks and have been successfully employed in an increasing… read more 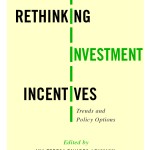 Edited by Ana Teresa Tavares-Lehmann, Perrine Toledano, Lise Johnson, and Lisa Sachs (Columbia University Press, July 2016). View the chapter teasers The use of incentives to attract investment is connected to and impacts the most pressing challenges facing us today, including climate change, corruption, employment, development, harmful competition, and public spending efficiency. How, when, where, and why… read more 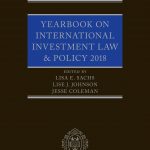 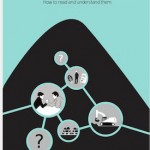 Mining Contracts: How to Read and Understand Them

(2013). In December 2013, a diverse group of 14 experts from Africa, Asia, North and South America, and Europe worked together for five days to produce a user-friendly guide in English and in French on “Mining Contracts: How to Read and Understand Them,” to help policy makers, civil society, citizens, and the media understand the… read more 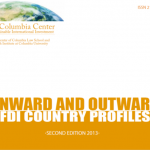 Edited by Karl P. Sauvant, Padma Mallampally, and Geraldine McAllister (New York: VCC, 2013). This second edition contains a series of 77 standardized country profiles dealing with the inward and outward foreign direct investment (FDI) performance of 40 economies. The profiles have been peer-reviewed by a global network of experts. The publication is intended to… read more 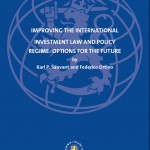 Improving the International Investment Law and Policy Regime: Options for the Future

By Karl P. Sauvant and Federico Ortino (Helsinki: Ministry for Foreign Affairs of Finland, 2013). This booklet discusses briefly the key features of the international investment law and policy regime, identifies drivers for change, discusses critical issues affecting the regime, and lays out various options for improving it. The ebook volume is available for download… read more 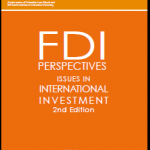 Edited by Karl P. Sauvant and Jennifer Reimer (New York: VCC, 2012). This second edition provides an overview of important contemporary issues relating to foreign direct investment (FDI) and multinational enterprises for all those who are interested in this subject, but are not always in a position to follow diverse perspectives and what is being… read more 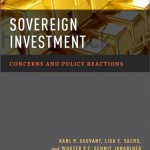 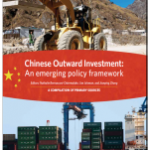 Edited by Lise Johnson, Nathalie Bernasconi-Osterwalder and Jianping Zhang (Winnipeg: International Institute for Sustainable Development and Institute for International Economic Research, 2012). The rapid rise and increasingly significant size of Chinese outward investment is attracting attention and provoking debate not only from a purely economic but also a sustainable development perspective. While the legal and… read more 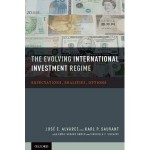 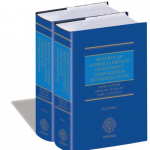 Edited by Mark Kantor, Michael D. Nolan, and Karl P. Sauvant (New York: Oxford University Press, 2011). The only publication to include the complete collection of Overseas Private Investment Corporation (OPIC) determinations including historical decisions which have not yet been published. This comprehensive two-volume work is a collection of determinations from OPIC, the US governmental… read more

Edited by Karl P. Sauvant, Vishwas P. Govitrikar and Ken Davies (New York: VCC, 2011). The rise of FDI from emerging markets has become a focus of attention since the turn of the century. Over the past few years, firms from these markets have become major investors abroad, complementing their home countries‘ traditional role as… read more

Edited by Karl P. Sauvant, Thomas Jost, Ken Davies, and Ana-Maria Poveda-Garces (New York: VCC, 2011).  This compilation contains a series of standardized country profiles of inward and outward foreign direct investment (FDI), peer-reviewed by a global network of experts. The publication is intended to contribute to the analysis of trends in foreign direct investment… read more

Edited by Karl P. Sauvant, Lisa Sachs, Ken Davies, Ruben Zandvliet (New York: VCC, 2011). The 30 chapters in this volume, written by diverse experts on international investment, cover a wide range of issues in this field. Their purpose is to inform readers in a concise manner about some of the important issues and trends… read more 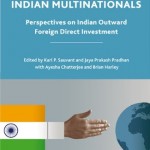 The Rise of Indian Multinationals

Edited by Karl P. Sauvant and Jaya Prakash Pradhan, with Ayesha Chatterjee and Brian Harley (New York: Palgrave Macmillan, 2010). Hitherto inward-looking, Indian firms have evolved into global players over the past decade. The effects of their expanding overseas greenfield investments and acquisitions are being felt across all regions and sectors of the global market,… read more 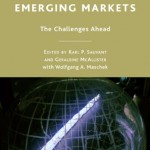 Foreign Direct Investment from Emerging Markets: The Challenges Ahead 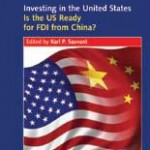 Investing in the United States: Is the U.S. Ready for FDI From China?

Edited by Karl P. Sauvant (Cheltenham: Edward Elgar, 2010). The Vale Columbia Center partnered with the U.S. Chinese Services Group of Deloitte LLP to assess the readiness of the United States for foreign direct investment (FDI), and especially M&As, from China. This volume contains the results of the year-long study. It is also of great… read more 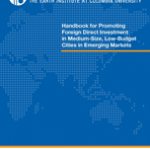 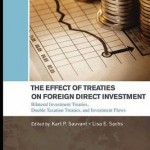 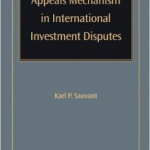 Edited by Karl P. Sauvant with Michael Chiswick-Patterson (New York: Oxford University Press, 2008). Appeals Mechanism in International Investment Disputes brings together significant contributions from leading voices in academia, the legal profession, and government on the increasingly important topic of international investment and the legal system in which it operates. It compiles, compares and contrasts… read more

The Rise of Transnational Corporations from Emerging Markets: Threat or Opportunity? 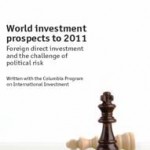 World Investment Prospects to 2011: Foreign Direct Investment and the Challenge of Political Risk